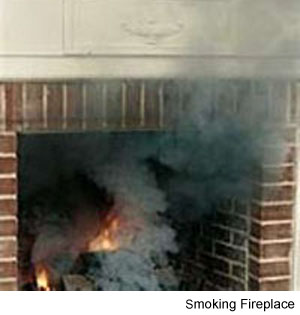 Why does smoke come down our chimney?

We’re wondering if you could look at our chimney for problems with venting.  I can tell you we’ve had several opinions on how to fix it and you were referred by __ who told us you’d be able to figure it out.

Here’s the issue in a nutshell: we have a 1989 home with a wood-burning fireplace on the main level that we use little at all but when we use it we experience intermittent problems with smoke backing up into the living room, even if a small fire is going.  Sometimes it has worked fine, but lately, it seems to not vent smoke very well.

[…it was last used] this past new year’s eve, but it was a disaster.  Murphy’s law in full swing here, as it always seems to decide to act up when we have company!

We’ve had a contractor out here who suggested that we install a power vent on the top of the chimney.  Another guy told us this was not a good idea and that we should make our chimney taller…

Smoke May Come Down Your Chimney Because…

We don’t like power vents because they’re expensive to install and they have to be maintained, which can be pretty difficult on some chimneys.  Besides cost/maintenance, wood-burning chimneys should not need power vents as they have been engineered to vent without them.

There are literally dozens of causes that could lead to the trouble of the nature you’re describing.  But because of something, you said when you were describing the problem; we’d like you to try a couple of things before you go any further with this.

If the fireplace used to work, but doesn’t work now, then we’d suggest having the interior linings of the chimney scoped to check for structural problems or animal activity such as nesting. If you have never done this before, then you should definitely this annually.

It’s doubtful that you’d need to extend the height of a chimney that’s been in operation since 1989.  You’d mentioned that the problem presents when you have company over.  It sounds like the home could be starved for “make-up air” (or recovery air) during a fire in the fireplace, as evidenced by the “back puffing” of smoke.

When you have people over, appliances that pull air out of the house see increased and simultaneous (clustered) use such as bathroom fans, range hoods, and gas hot water heater.  With things like these working, there will be a demand for oxygen causing negative air pressure inside the home.  If you are burning wood in a fireplace that fire is going todemand combustion air and it will pull that air (and smoke) through the path of least resistance (in this case your chimney) until the demand subsides.

If you have a scope inspection of your chimney and get a green light (no structural problems), then we recommend that you give the following a try: On a day when it’s not very windy, light a fire, then turn on bathroom fans.  Does that cause the back puffing problem?  If not, then also turn on your range hood, then run your hot water until the flame ignites in the water heater. If the smoke comes into the room instead of up the chimney, try opening a window in that room.  If opening the window instantly reverses the direction of the smoke, then you’ve diagnosed the problem as insufficient makeup air!

If this problem only occurs when your house is really active, like when the company is over, then cracking a window during those times might be a satisfactory solution and you must do nothing more. 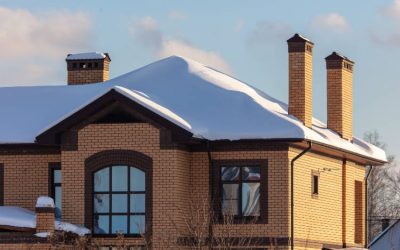 Yes, you will be told it’s not ideal to do chimney repairs when the...

END_OF_DOCUMENT_TOKEN_TO_BE_REPLACED 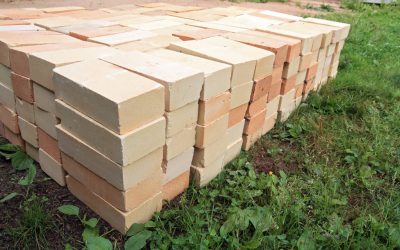 Brick manufacturing is a straightforward process. We use any of these...

END_OF_DOCUMENT_TOKEN_TO_BE_REPLACED 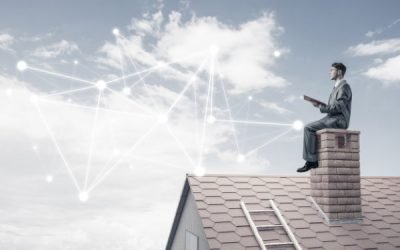 Here is a little bit about the history of Masonry Building Codes and How...